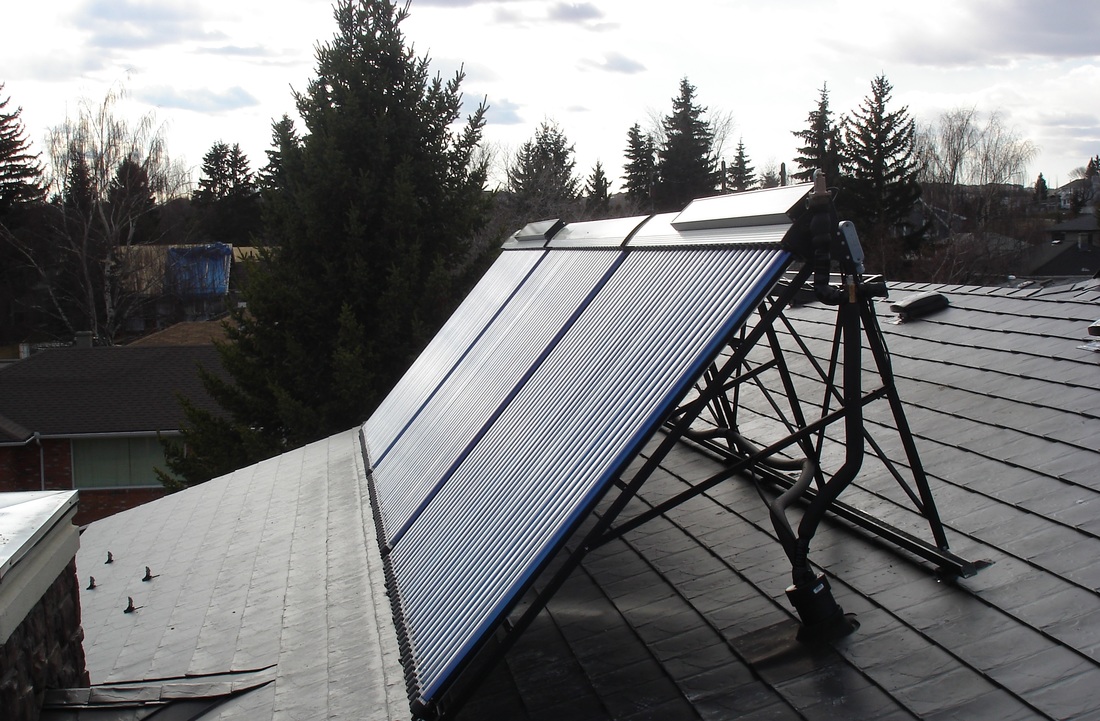 Solar thermal collectors are the workhorses of your solar thermal system, they convert sunlight into heat and come in flat plate and evacuated tube varieties. Flat plate collectors are, as the name implies, large flat glass plates, several of which can be connected together to increase the amount of heat produced. 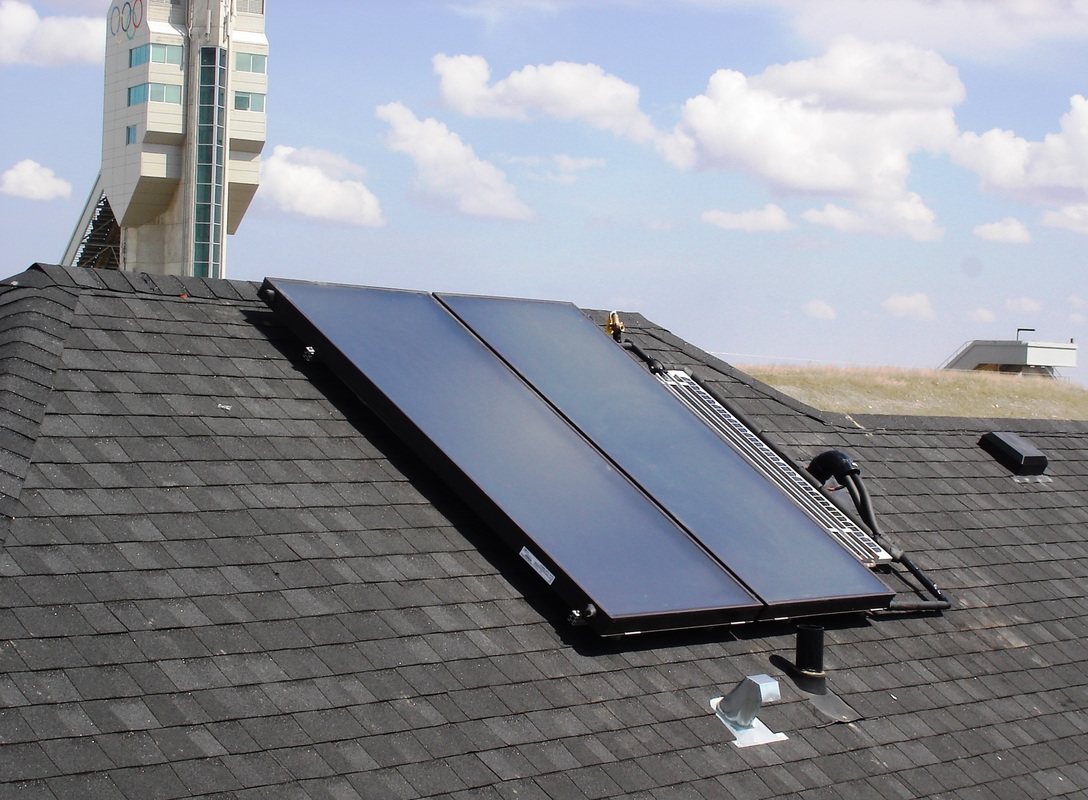 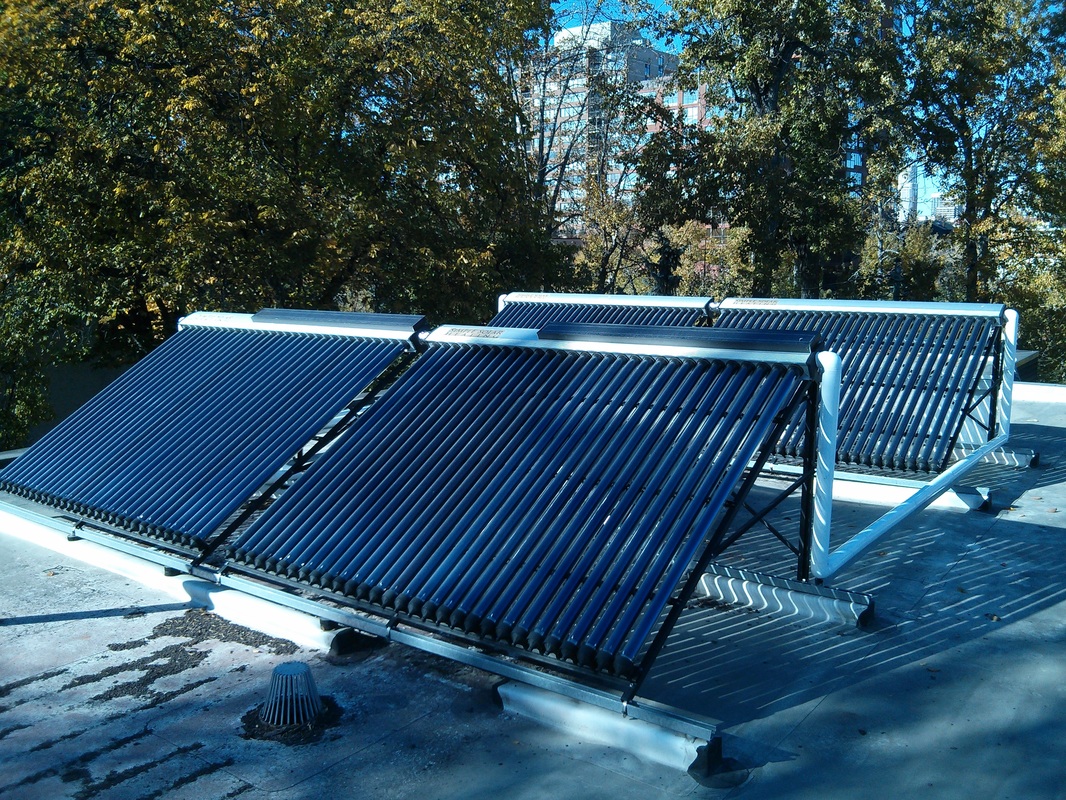 Four Evacuated Tube Collectors
The heat transfer fluid is what’s used to transport heat from where it’s captured (the solar thermal collectors) to where it’s stored for use (the heat storage medium which is usually a hot water tank). The fluid is predominantly water however depending on the region a certain amount of non-toxic anti-freeze is mixed in as well. Standard plumbing fixtures, either copper pipping or PEX tubing, are used to move the fluid between the solar thermal collectors and the storage medium. A pump is also required to circulate the fluid. Our Freedom Won systems use an automated PV powered pump so you never have to worry about powering your system or turning it on and off.

Finally there's the heat storage medium. This is simply somewhere the heat produced by your solar thermal system can be stored until it’s used. It’s usually a hot water tank designed for use with solar heating containing a coil inside to transfer the solar heat into the water in the tank. The heat collected by the solar thermal collectors is transported by the heat transfer fluid into the hot water tank’s heating coil where it heats up the water stored in the tank. This water can then be used just like hot water produced by a conventional electric or gas hot water tank, the difference being that this water was heated for free and in an environmentally friendly manner.