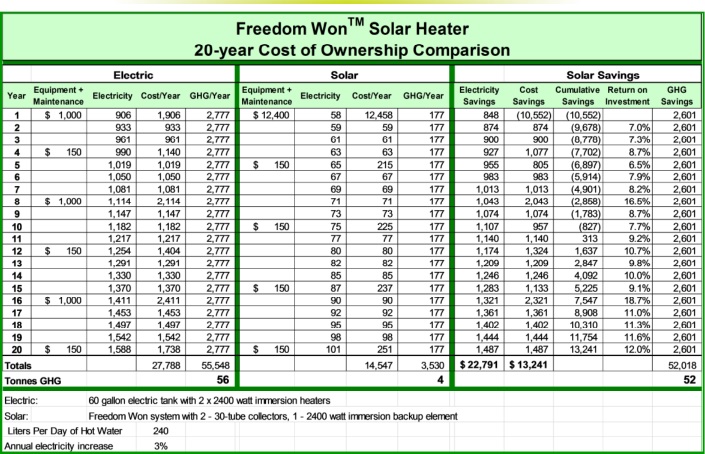 Alberta has abundant natural gas supplies and an extensive distribution network however the use of electric water heaters is increasing. The ﻿2011 ﻿Survey of Household Energy Use﻿﻿ reported 96,500 electric water heaters in Alberta compared to 896,200 gas heaters. Since 2012 an estimated 60% of all new homes have been built with electric water heaters due to regulations prescribing minimum clearance to the property line for sidewall venting. This came into effect as a result of air quality concerns, frost build-up as well as noise and other issues. As a consequence of these regulations builders in higher-density neighborhoods, where the majority of new units are constructed, have opted for electric water heaters.

In the past three years there has been over 37,000 new single family homes built in Calgary and Edmonton. An estimated 60% are in high density areas resulting in 22,000 new homes with electric water heating. Ironically, to be more environmentally progressive, most of these homes have been built ‘solar-ready’ meaning provisions have been included to simplify installation of solar energy systems.

Electric water heaters are cheap to buy but expensive to operate. Residential rates for electricity, at about $0.16/kWh, are about four times the cost of natural gas heating. In addition, the majority of Alberta’s electricity is generated from coal which emits more than double the greenhouse gasses (GHG) of heating with natural gas.

Although it has a higher upfront cost, a solar water heater saves on utility bills and reduces GHG emissions while providing the household with hot water. Alberta has abundant sunshine that can be used year-round for water heating with Simple Solar’s Freedom WonTM solar heaters.

The above table compares electric and solar water heating over a twenty-year period for a typical family using 240 litres of hot water per day. Investing in a solar heater today will save $23,000 on electricity charges over the next 20 years and prevent 50 tonnes of GHG from entering the atmosphere. For those families that choose to finance a solar heater in their mortgage, they save every month from the day they move in. Unlike additional income, there is no tax on savings - and the savings will increase as electricity rates go up.